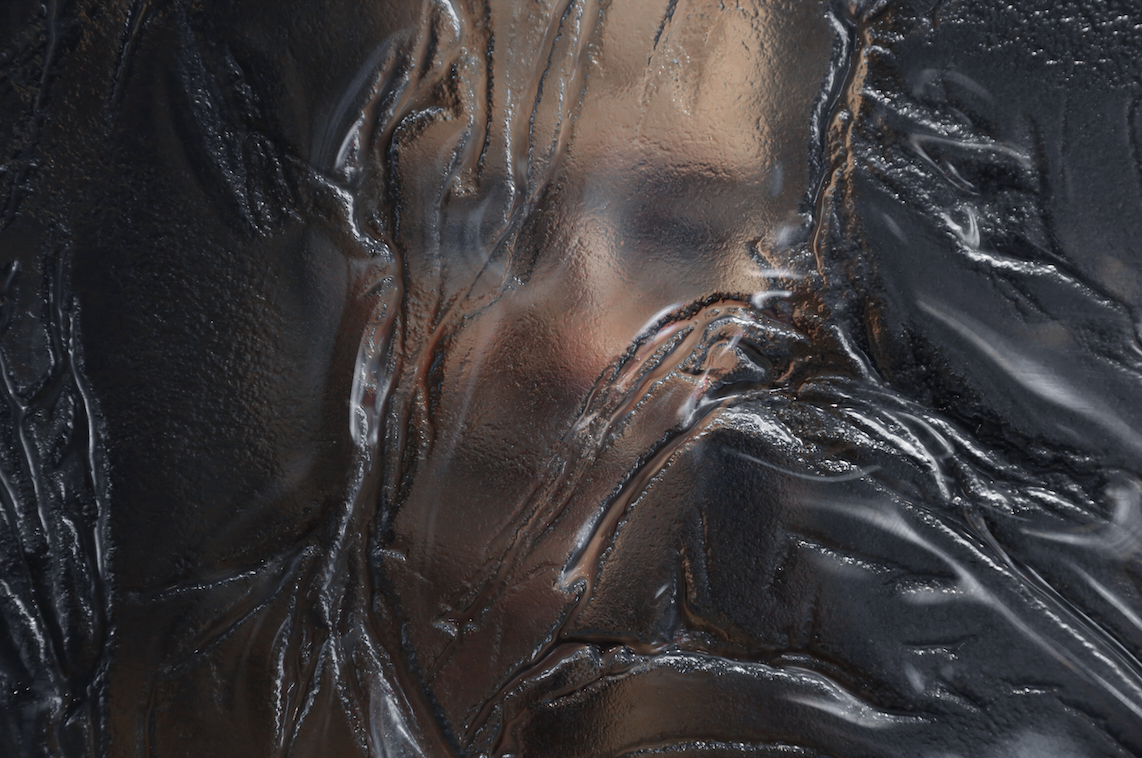 “In the year 2000 at the age of thirty seven I was diagnosed 47 XXY, which means I have one extra sex chromosome greater than a standard Male 46XY or a standard female 46XX, the shortened down version of what that entails, is my body did not produce sufficient testosterone that would have allowed it to virilise in line with my peers, and in that absence my outward appearance developed along female lines. It was an appearance that was very obvious to all who knew me including my wife, yet I was raised male and naively believed there were other males like me, even though I had never met another.

So in 2000 when the Endocrinologist said ‘testosterone would make me a man and bring meaning to my life’ I jumped at that opportunity, all I wanted was to be normal and knew it was not something I had ever experienced before, being told I was sterile did not bother me in the slightest, not least because I still felt like a child myself in a thirty seven year old frame. Testosterone injections were initiated 200mg Sustanon every fortnight and within three months I was starting to feel very uncomfortable about the entire experience, my phallus had overtaken my brain and the thoughts of sex and masturbation were a constant, I fantasised a lot of me being a woman with a male partner, I honestly felt as though I was losing my mind. Upon mentioning this my GP, he formed the opinion my dosage should be lessened to 100mg over a seven day period, so basically the same amount but with greater frequently. Within six weeks acne throughout my entire body had turned to boils and was extremely sore to touch and bleeding while I slept. My thoughts on sex were now a constant and were only slightly lower than my thoughts on suicide, upon mentioning this to the Endocrinologist he didn’t seem at all fazed and said words to the effect ‘it was an initiation and within three to four years it’d all be over and you will feel better’ in reply I recall telling him ‘if this is what my life came down to, then I didn’t want any part in it and I would eventually find a means to kill myself. From this point I was referred me to a psychologist who specialised in the treatment of Transsexuals and upon my second visit, she said ‘I did not display any of the classic symptoms of being a Transsexual’ she could however see that I was suffering from severe anxiety as a result of exogenous testosterone and suggested that it be stopped immediately. When I advised my GP of my intention to stop, he said my life would not be worth living without it, to which I replied ‘I would not have a life because I would be dead’ and so it was that he ‘released’ me from his care, saying there was nothing more he could do for me.

It’s from this point on that my life took a turn for the worse and I found myself completely confused as to who and what I was, I knew I wasn’t the male person whom doctors believed me to be, and instead saw myself as a combination of both male and female yet, neither one nor the other and because I was unable to pin this down, gender confusion seemed to consume my every waking moment. Without any doubt whatsoever exogenous testosterone was the main culprit that brought on this dysphoria, it was like someone flicking a switch that awakened my inner soul, a soul that wanted no part in virilisation, it was a part of me  that would eventually win out and guide me to where I presently am.

In desperation and with nowhere to turn, I wrote a letter to the Gender Centres counsellor telling them of my journey to that point and whilst they never really grasped the seriousness of what I was experiencing, they were nonetheless willing to help and sent me off to their psychiatrist who, had a little bit of understanding of XXY and of the anxiety sometimes caused to those who come to reject testosterone. My eventual diagnoses was of Gender Dysphoria (Not Otherwise Specified) and in the doctors referral to the Endocrinologist he wrote “how he hadn’t been able to fully work me out, that I did not display any classic symptoms of being Transsexual, and because I had specifically asked of him that I be allowed access to estrogen, he recommended that it be approved but only for a shortened time so as to counteract the effects of the heightened anxiety caused by my introduction to testosterone. He was nonetheless intrigued by my rejection of masculinity and even more so at how I viewed my duality of gender, so much intrigued that he went on to write three papers on the subject published in the Australia & New Zealand Journal of Psychiatry and the British Medical Journal respectfully.

Such a pity my first foray at visiting an Endocrinologist had not been as warm, welcoming and understood as this one, as, like the Psychiatrist, he too had an understanding of XXY and had other patients who struggled with testosterone and whom, under his guidance had been administering estrogen for long periods of time.

He paid little heed to the Psychiatrists note of estrogen only been for a shortened time, and told me he was willing to leave me on it as long as I was deriving a benefit from it. Ten years on with his support and guidance I have finally become the person I had always known myself to be, but had lacked the courage, vocabulary and life experiences in order to achieve it, looking back on it all, I can quite honestly say I have been to hell and back and in that process have proven them wrong, in that life does have a meaning, and it’s a more powerful one, than anything I could possibly have derived from exogenous testosterone.

A little over a year ago at the launch of the Australian Human Rights Commission Initiative, Resilient Individuals: Sexual Orientation, Gender Identity & Intersex Rights, I happened upon the Psychiatrist who wrote those papers, he took one look at me and said “you’ve arrived” I told him I could not have achieved this without him, to which he replied “I was a tough one to understand, yet he was glad to have experienced ME, to which I replied “so was I”

“When a concept is new to us, we tend to think of it in familiar ways. It’s only as we learn more that we understand differently. It’s only recently that people are beginning to understand the difference between being gay, lesbian or bisexual and being transgender; between people who are same sex attracted and people whose gender identity differs from sex assigned at birth.

Being intersex is a new concept for most folk, and so it’s often confused with those other concepts, but here’s the thing: intersex people can be same sex attracted or straight, transgender or not. What intersex people have in common is something different, something physical. Intersex people are born with sex characteristics that don’t meet medical or social norms for female or male bodies.

Because intersex is stigmatised, the treatment or even elimination of intersex traits begins early: through IVF embryo selection, through terminations on grounds of “serious genetic conditions”. Medical interventions include cosmetic surgeries that are known to lead to poor sexual function and sensation, and hormone treatments to make someone “normal”, without letting the individual make their own decisions about their body. Institutions from an Australian Senate Committee, to the Council of Europe, and the UN body that monitors state actions against the UN Convention Against Torture have condemned such medical interventions – but they continue today,

Women typically have XX chromosomes and men commonly have XY chromosomes, but some people have other chromosomes. XXY is one of those traits, where someone has an extra sex chromosome. XXY is often diagnosed as Klinefelter syndrome, but the diagnostic terms presume the XXY person is male. Testosterone treatment is the standard prescription, even applied to infants, and without the kinds of counselling that can let the individual make their own choices about their identity and treatment. All people with intersex traits can experience lifelong trauma after coercive treatment, or treatment based on ensuring we fulfil social expectations.

I first met Candice online at “Bodies Like Ours”, a support group where we were both trying to come to terms with our bodies and, even more so, with the medical treatment we received. Candice was still trying to survive with taking testosterone, and I was recovering from the impact of multiple surgeries. Like anything else, some things get easier over time, and some things need to change to make them right.

People with low sex hormones, like XXY folk, are obliged to take one sex hormone or another for their physical and mental health. Both hormones, testosterone or estrogen, have a dramatic physical and psychological impact. Candice was put onto testosterone in order to make her into a real man, without any real thought about whether it was the best choice for her. No choice was considered. But, when testosterone was causing so much distress and pain, estrogen had to be an option, and that meant dealing with what people think it means when you don’t conform to expectations. Not just the expectations of her doctors, but also those of society. It’s a curious thing that those doctors included new ones to check her mental health, and they weren’t considered necessary when starting the previous sex hormone.

Candice is stronger as a result of her experience, more confident and the happiest I’ve ever seen her. Freed of an inappropriate hormone regimen, her friendship and company is a joy.

XXY folk, and other people with intersex bodies, are able to contribute to society, but fear of non-conformity, of benign genetic and physical differences, means that pregnancies where a foetus is diagnosed with XXY are often terminated.

Natural human diversity should not be regarded as a pathology, something to eliminate when instead, we need to celebrate the richness and breadth of human experience. If we can eliminate fear and stigma then the paths that we tread will be accompanied by far fewer silent tears.” – Morgan Carpenter

Morgan Carpenter is an advocate and consultant on bodily diversity issues, and a social and technology policy researcher.Morgan is co-chair of national intersex organisation OII Australia and founder of a new international Intersex Day project. Morgan is a technologies consultant to the National LGBTI Health Alliance, and a consultant on intersex issues to the Foundation for Young Australians for its Safe Schools Coalition Australiaproject. Morgan is also an advisor to the first international Intersex Human Rights Fund, managed by the Astraea Lesbian Foundation for Justice.Morgan has played an active role in systemic advocacy on federal anti-discrimination legislation and a Senate committee inquiry into involuntary or coerced sterilisation. While opposing the pathologisation of intersex traits, Morgan has also formally reviewed a “DSD Genetics” research website funded by the National Health and Medical Research Council. Morgan participated in the first intersex expert meeting held by the UN in 2015, has spoken at other meetings organised by UN bodies, and has moderated a presentation on intersex to the UN Committee on the Rights of Persons with Disabilities.

“My Silent Tears come from so many years of being misunderstood, of an inability to connect with my peers and always being on the outer, of a medical system falsely believing I was one thing, whilst I knew myself to be another, of being told my life would not be worth living if I did not adhere to such medical treatment, and of having no one around me, who understood my pain and suffering”