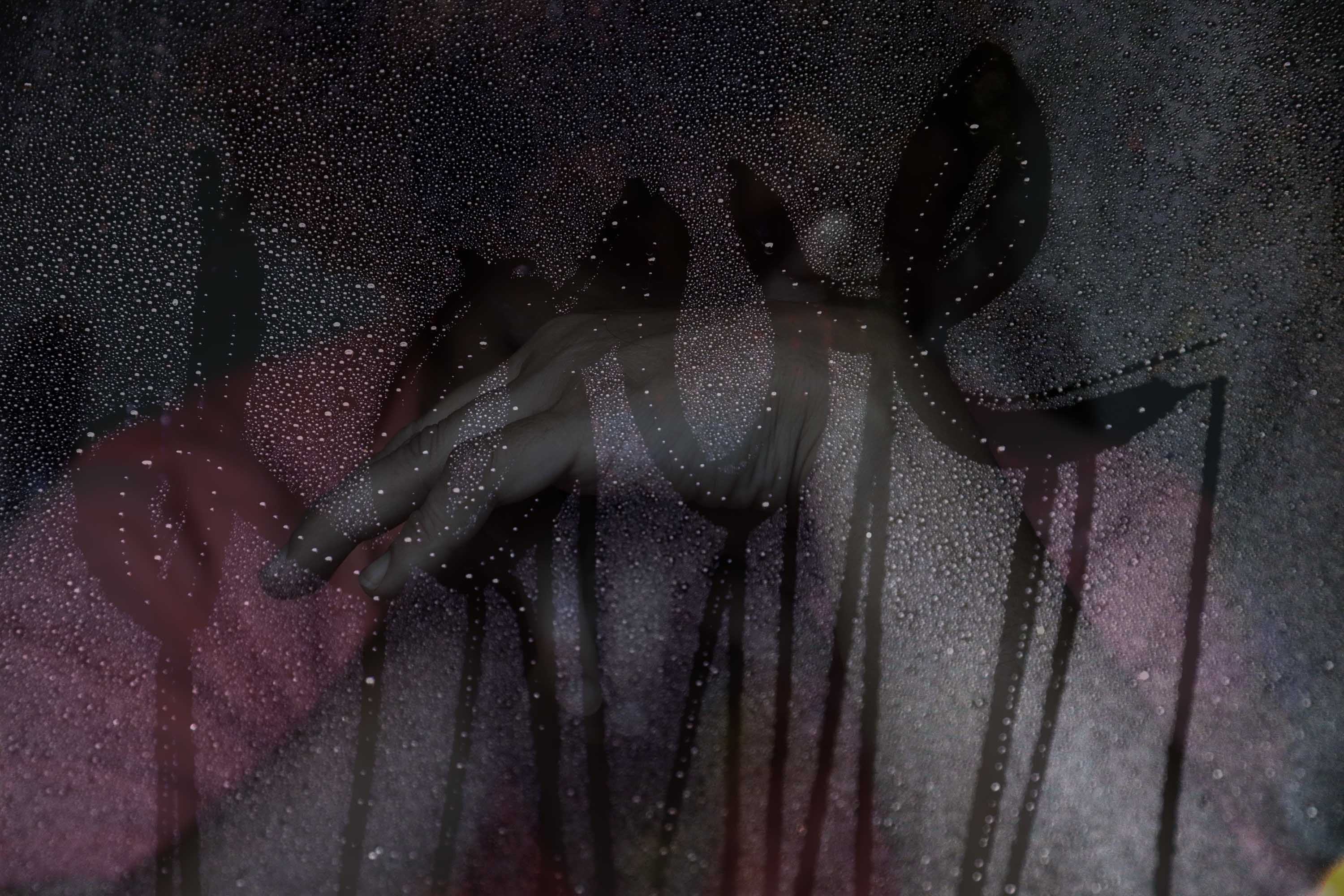 ‘When I was one year old, my mother gave me up and put me in a convent. At the time she didn’t know that I had cerebral palsy, she thought I was normal. I was only one year old.The nuns told me that my mother was dead , but I knew in my heart that she wasn’t. The nuns used to hit me, even when I was only one year old,  they would come up from behind and hit me on the head and face and my back many many times. They threw things at me like shoes. I couldn’t call out because I couldn’t talk. I don’t speak clearly now. That is why Rosie is using her voice,  but, I can speak three languages, Afrikaans, which is what I learnt in the convent, and English and Italian.   I wouldn’t eat with others as I was too scared, even now I am too anxious.  They also would  hit me every morning with a sjambok, which is a leather whip. When people came up behind me I used to get scared, frightened that they would also hurt me. I would flinch when people tried to touch my face. I put up a wall, to keep people out, just like the wall that surrounded the convent. Maybe only once I went out of the convent when I was living  there. I was very happy when I turned 18 because I could go away from the convent. I went to a new place in Cape Town when I was 19 years old. I still felt really scared and that people were coming to get me. Then when I was 25 I moved to where I live now. Here, I have only felt love.

My other mother helped me and tried to find my mum. It took me seven years and when I was 25 I found her. I called and called and called till I found her. When I did find her she was sacred of caring for me and it took three weeks before she would see me. I called and call until she came. When she saw me, she knew I was her daughter and I knew that she was my mother. Now I see her maybe everyday. She lives five minutes away. I don’t know my father and I don’t have any siblings but I know my grandparents had come from Italy to live in South Africa. I wish I had a sister though. My other mother’s heart was hurt physically and emotionally when I found my mum. My other mother worked at the home.

I have overcome many things. The thing I like about my life now is that I look after all the keys in our home. I lock and unlock doors for people. I have my own set of keys that I keep with me. This gives me control and a purpose as people need to come to me to open and lock doors.’