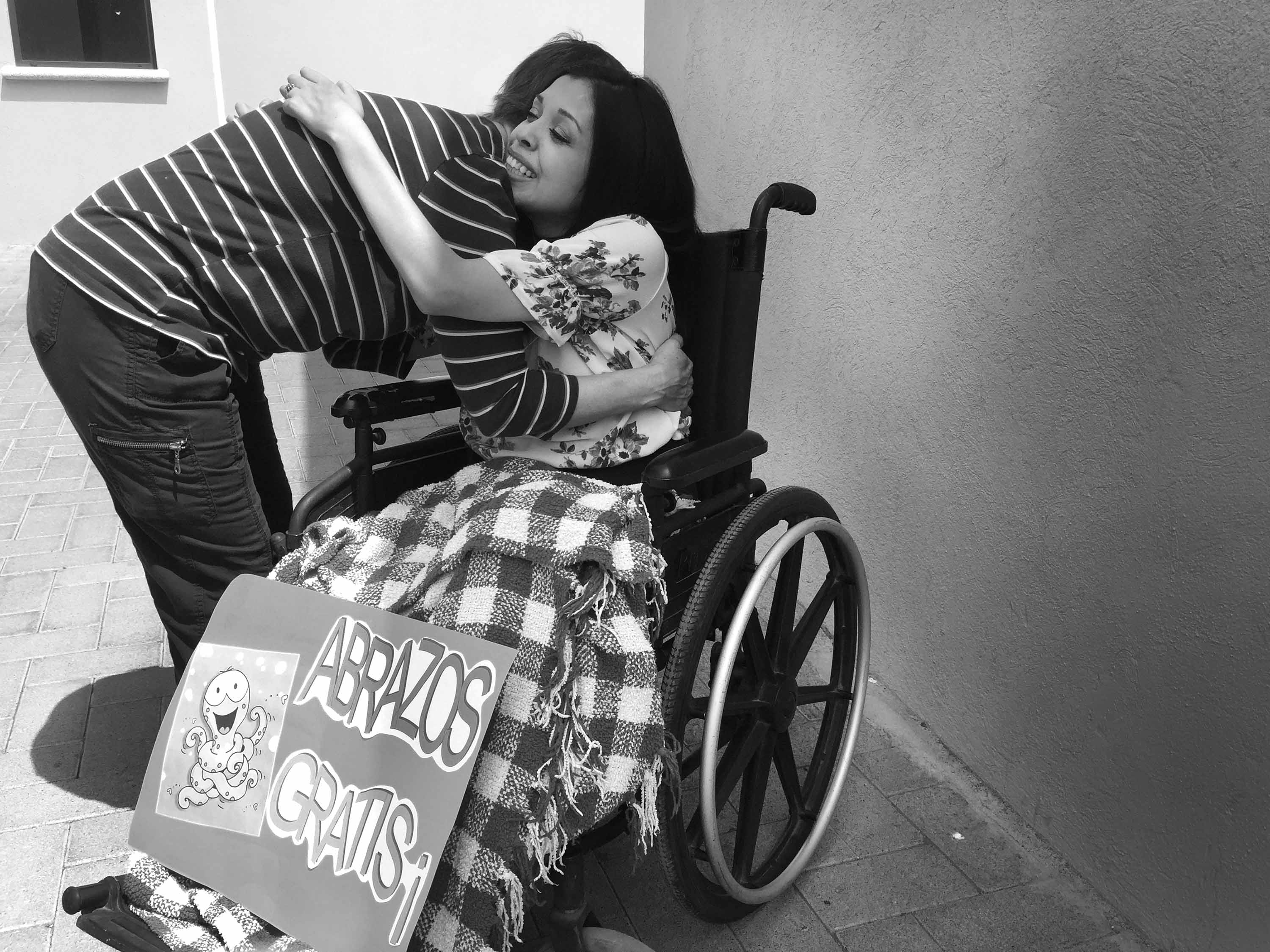 “When I was twenty-three years old, a man came up to me and shot me. I hurt a lung, large intestine and a spinal cord and that caused a lot of injury. I was for three months in the hospital. When I was in the hospital I had a malnutrition problem that weakened me much more because I couldn’t eat and I threw up everything. It took more than two years to recover a little faith.

It was a very difficult time. I was afraid to go out to the street for a time because people were staring at me, I didn’t like it, and I still don’t like it. Sometime later I went to a rehabilitation hospital and I received therapy there and went to the psychologist and they helped me. I don’t like to depend on other people. I like to do it all by myself. I know I can still do a lot of things. I went to college. I was in my last year of university. It was very hard because it took a lot of time and energy, but God was my strength. I graduated and I found a job.

I know now that chair doesn’t stop me.”

“Faith really saved me. Anything is possible through faith.”