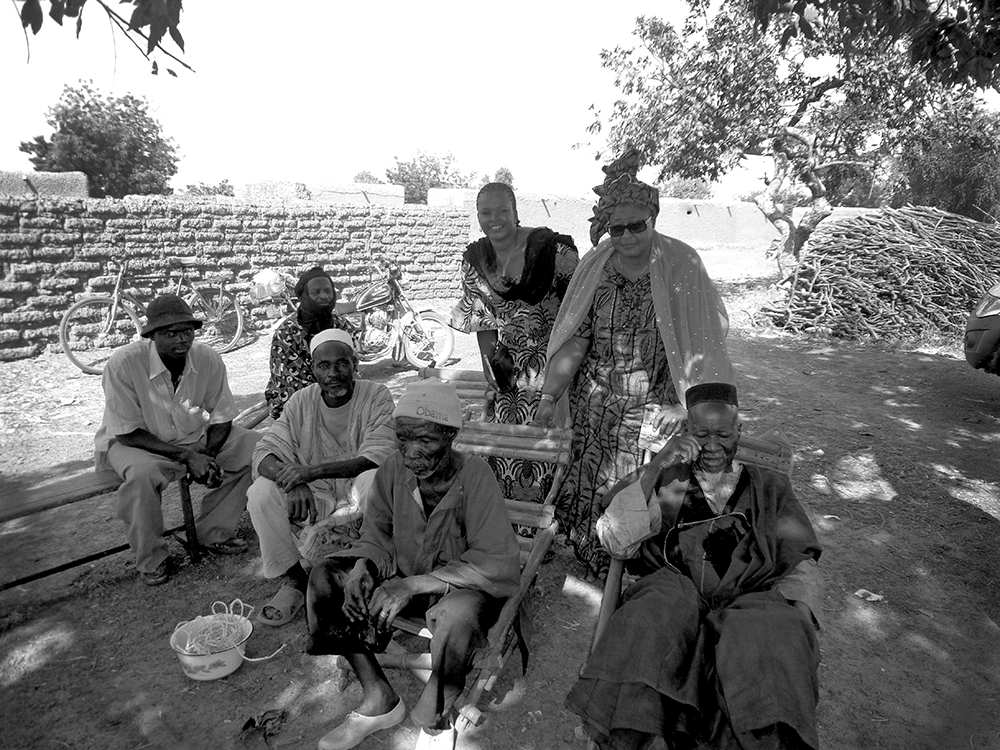 Photograph of Adame and Kadi supplied by Rights of Girls, Mali 2015

‘As a woman and as an activist I will continue all my life long to lead this combat for the promotion and the protection of rights in general and mainly women’s rights.  May be at my age many women are already grand mother and even great grand mother as in Mali the marriage age for a girl is from 15 years and already at 30 she is grand mother and at 45 she is great grand mother. Despite this I continue to fight till the end of my life if God allows it. This is the goal of my life, I have managed my family life, I studied, and also my children get married. The main goal of my life is to fight for women rights till we have in Mali a low forbidding FGM, all the violations against women, early marriage, nutritionnal taboo, violence based on gender in general and many other things that exist here but not normal in our days. These practices must not exist. Thank you’

‘This year three million very young girls will suffer lifetime damage through ‘cutting’ – shockingly painful removal of parts of their genitals. “The Rights of Girls Initiative Ltd” was started after I returned from volunteering at a number of schools and medical clinics in Africa in 2012. Like most people I had heard about female genital circumcision but had no idea of the horror of what was really involved.  In Africa it is estimated that 86 per cent of young girls will be ‘cut’. Why? So that when they marry, their family can be paid a bride price…generally a farm animal. Having paid, the new husband has the right to cut open his bride on their wedding night so they can have sex.”

“Female genital mutilation or cutting (FGM/C) includes all surgical interventions consisting of totally or partially removal of external genitalia of girl/woman or cause to the genitalia other damage for cultural or other reasons nontherapeutic. In Mali, this practice became cultural and religious. Commonly called “Excision” it is strongly practiced by communities since immemorial times. By its extent and its consequences on the health and integrity of women, FGM in Mali constitutes a real public health problem.

Let’s fight together for the abandonment of this abominable practice and make communities know and believe that:

“Changing lives…one goat, one girl at a time”