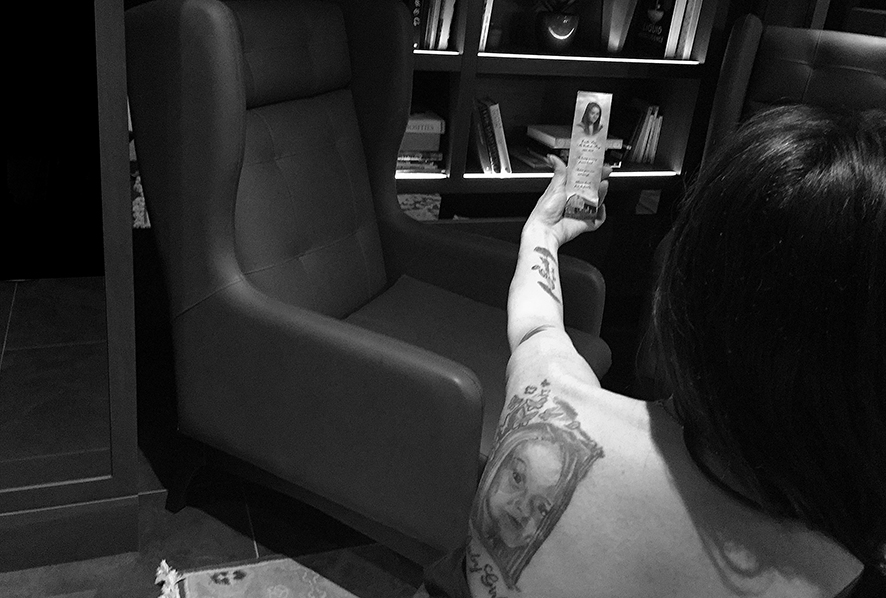 I totally lost it.  You just drop, your body just drops. Then I was brought into the safe room. They held me there for two days and then they shipped me to silver water mental health unit in The Hole because they thought I was trying to commit suicide because I wasn’t eating but it was because I lost my daughter, not because I was trying to commit suicide. They left me there for I don’t know how long, month or month and a half. I have no memory of taking showers, going to the bathroom, I was totally drugged like a zombie. The day they took me out of there before taking me into the mental health unit, they brought me into the washroom that was just totally disgusting that was in the hole where I was and they wouldn’t let me wash it, they made me wash in the dirt, no thongs on no nothing. It was just filthy. Then they brought me out of there and they put me in the mental health unit, I stayed there for three weeks. Finally got out of there and they were supposed to put me in the over draft and go back to Dillwynia Correctional Center but they lost me into the system, they put me into the induction. I had to go through several officers before one of them listened to me and take my story into consideration. I looked into it and then finally one did, they put me into the overflowed and send me back to Dillwynia Correctional Center. When I arrived to Dillwynia, they put me back into the category three maximum security, locked in all the time until I finally got down to medium means and I had to work my way all the way back down. I had no psychological help, it was just going to the office and just cry, that’s all he said ‘cry, let it all out’. There was no healing, there was no help for the healing.

At this point, before they sent me to the hole to silver water, I asked if I can assist in the funeral and I even asked I would pay this cause to the officers that whatever it costs to go to my own daughter’s funeral. They refuse and said it was impossible and that’s when they drugged me and shipped me and it was like they just dug the hole and buried me till everything was over and there was nothing I could do. They didn’t video loop, nothing, I have no closure. This causes me depression, this cause me a lot of pain and I asked for a lot of help and they wouldn’t assist me in another way because I was a deportee and then three years later they sent me back home with no help, they just put me on a plane and I was off out on my own and I had no help had nothing and like your jail time is over, bye.

I am telling my story so no else has to live that. You can’t change the past but you can change the future.”