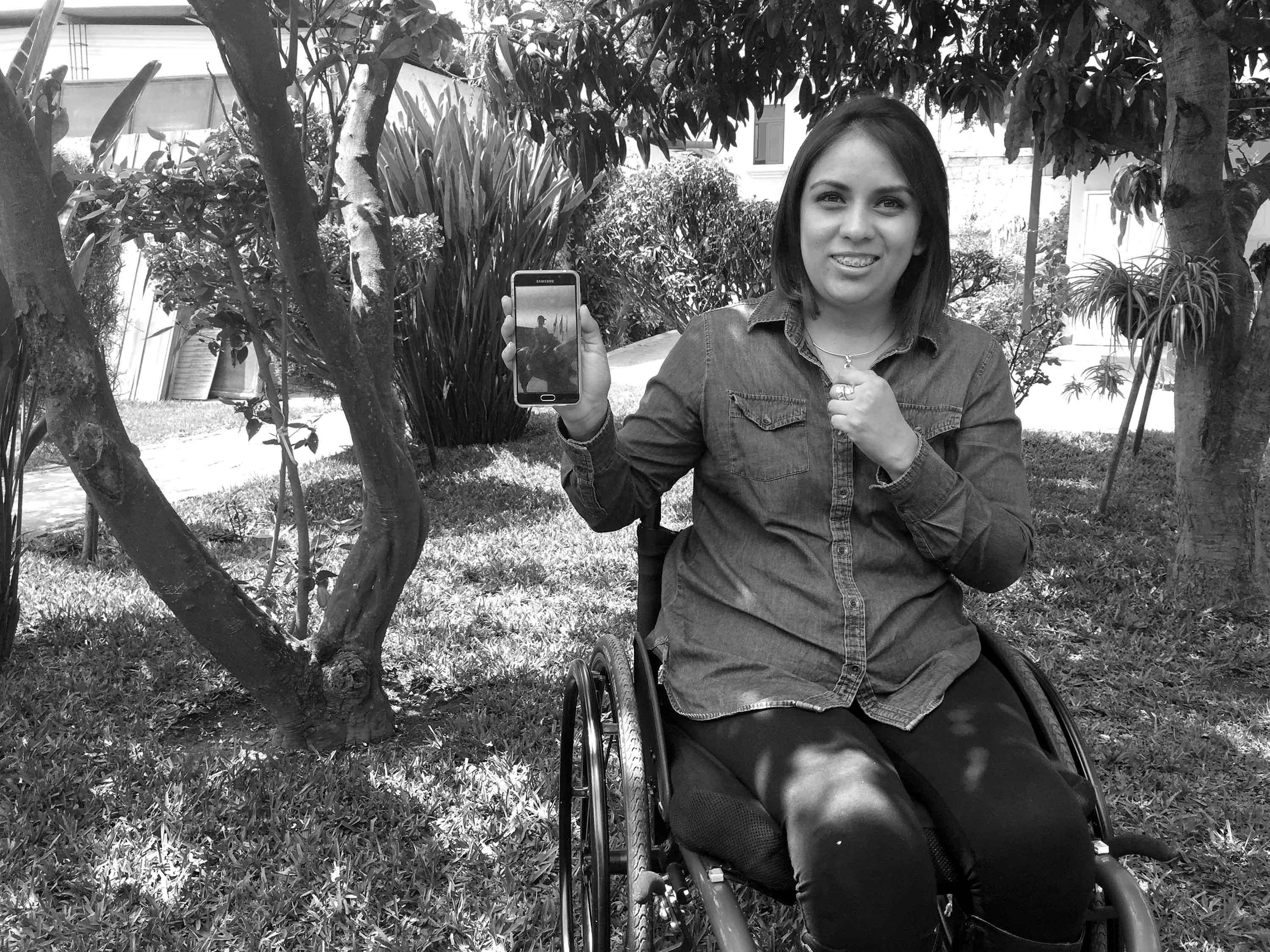 I was in a car riding with a friend who was driving, and the attackers came and killed my friend. They fired twenty shots, killed my friend driving and one of the bullets hit me and gave me a spinal cord injury. I had a one year old son at the time, who is now nine. Living with a disability in Guatemala; there is no infrastructure, there are no jobs, the health system doesn’t work. Things are only becoming more difficult as there are larger and larger proportions of a population of people with disabilities. Society isn’t meeting its needs.

It was hard for my son because I was away from him for a year. I was away in rehab and I felt that my son felt that maybe I would’ve abandoned him.  But I was also doing it trying to get the very best I could out of my rehab for him. After a year I came back and we’ve been living together ever since. Little kids, they don’t have any prejudice. They’re like puppies. They just love you if you love them. My son is basically another member of myself, other than my wheelchair.

I think about doing something for me or doing something with organisation for women with disabilities because there’s just so many obstacles that are hard to be overcome. I’m very religious and I realise that I’m luckier than people who don’t have as much as the same kind of driving force to keep on going.

“We are warriors. Every morning we get up and we do battle against the obstacles so as to be more positive.”