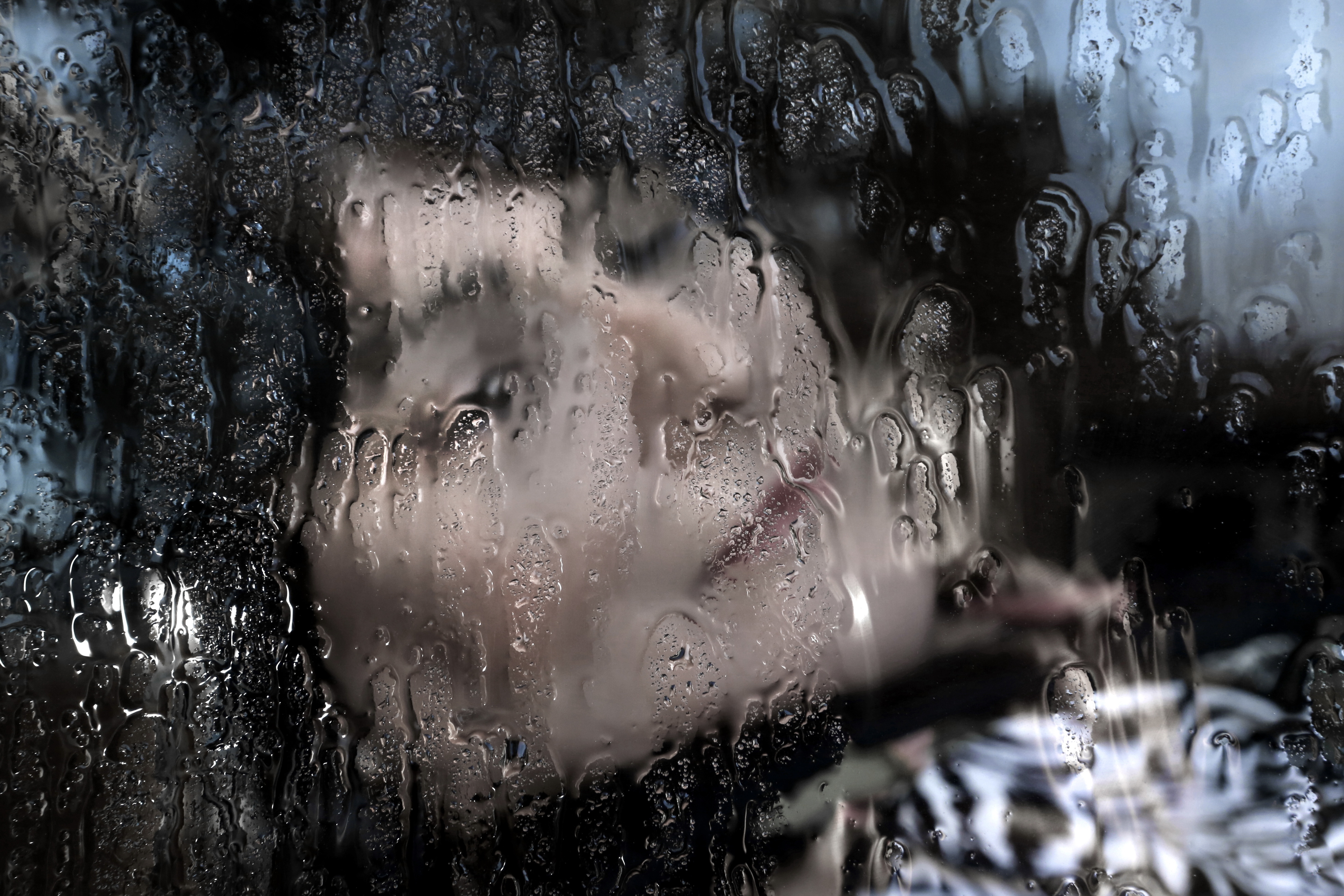 ‘Was an experience of being placed in another country with no explanation, no fairness because the resident is always wrong. No independence. They didn’t want me to be independent, to be able to turn a light on or off. Or have the bed buzzer. To be honest, I think it was– I was a backside in a bed. Every other person that comes in, they live, they die. And someone– I’d gone into someone’s bed who was young. So I believe that it wasn’t personal in the beginning at all. It was that they are– staff are so ill-equipped and have no training in– anywhere of how to come with young people coming into nursing homes. They are ill-equipped to deal with disability outside you needing a walking stick or a walking frame. And they are ill-trained and if the owner doesn’t have a generous heart and believe in assisting the resident like, by making the room as independent as possible for you, you’re just a backside and you’re just occupying a bed til you die, til the next one comes.

It’s a system. I didn’t know that system. I had an accident, a work accident, twelve years ago. Through a series of things that happened, I didn’t get better. There’s this thing in age care where young people don’t need to be touched. We don’t need to be kissed. We’re not supposed to be hugged. They wouldn’t let my husband come in and stay with me. We had to fight and there was so much nonverbal discussion going on about Michael coming and staying and judgemental people taking sides. It was worse because no one would voice it.

How people show their disapproval towards you- wouldn’t speak to you. Ignore you when come in and care for you. Boycott your room to care for you. Or they’d come in and look after you and they wouldn’t talk to you. They’d talk amongst themselves but not to you. And you know, other times because there’s so many people there with aged care and dementia and they can tell them what to do, and the people do it, they have to do it, they forgot that I could do it. And the only times I ever yelled were when they tried to treat me like a person with Alzheimer’s and dementia. And because I yelled back and showed emotion I was then told, ‘We’re applying for extra funding for your behaviour.

I was told I had challenging behaviour. So they got applied for extra money from the feds for my behaviour to look after me but the money wasn’t for me. They not me, it’s not for you. None of it’s for you. Even though I didn’t have any challenging behaviour. They worked on the basis that if I fell out of bed they knew they could leave me for longer on the floor as opposed to someone with osteoarthritis. Even though I’m the highest paying customer there of any person in any nursing home.

If I had the buzzer with me they would come five, ten, twenty minutes. But if I didn’t have the buzzer it could be a couple of hours. There’s a lot of underhand abuse that goes on in a nursing home. And don’t be a crybaby, get on, suck it up and get over it. Suck it up princess. Build a bridge get over it. We’ll do what we want. Well they wouldn’t answer you. It was just so much. If I asked to get moved in the night time and the night staff didn’t like me, they would take my blankets off the bed and tell me that I didn’t have that many blankets to support me. And I would say, ‘Yes there are, I’ve counted them.

Because I’d have to count them because they’d say there’s not that many and then the next day I would have staff come on in the morning and say ‘How come your blankets are in the bathroom?

Vicki Wilkinson has successfully raised two children to adulthood, earned multiple post graduate qualifications, received awards for her contribution to the Arts community, and has worked in the Government, private, not-for-profit and public sectors. It is hard to reconcile these accomplishments with the knowledge that by the time Vicki had reached her mid 40’s, she was living in a nursing home. In 2003 Vicki had just commenced a challenging new job. The expectation and promise of the role were never realized, following an accident that marked the onset of her disability. Over the following seven years, Vicki received little rehabilitation and her physical ability declined significantly. Vicki describes these years as the bleakest period of her life. In 2010, following a surgical procedure Vicki experienced a dramatic worsening of her condition. Vicki’s family had played a significant role in keeping Vicki at home, but it was no longer practical or realistic for her support needs to be met at home by family members. The only option available to Vicki was to enter a nursing home. With only one nursing home in her regional town being prepared to accommodate her, the decision was made. Living among people double her age, Vicki described herself as a square peg in a round hole. During the four years Vicki spent in the nursing home she maintained an extremely close relationship with her family, she married her fiancé and grieved the loss of her twin sister and her mother. In addition to these life roles Vicki joined the Summer Foundation Ambassador Program, applying her voice and experience to help resolve the issue of young people living in nursing homes. The Summer Foundation’s mission is to stop young people from being forced to live in nursing homes because there is nowhere else for them. Vicki’s personal experience, the value she places on social justice and her flair for advocacy place her in a strong position to speak out about the need for appropriate accommodation and support for young people with disability. As a Summer Foundation Ambassador Vicki has given media interviews, spoken to a wide variety of audiences and undertaken advocacy opportunities; perhaps the most notable being a private audience with (then) Prime Minister Julia Gillard. Fed up waiting for a system driven solution to her situation, Vicki and her husband made the difficult decision for Vicki to leave the nursing home in the absence of appropriate funding to support Vicki living in the community. One year on, Vicki and her husband are keeping their heads above water. They manage by making compromises and juggling the funding Vicki does receive to best meet the gaps Vicki encounters between the disability sector and the health sector. Vicki is forced to prioritize her health and wellbeing needs by budgeting and rationing her limited hours of funded support. In real terms, for example, this can mean the choice between a shower or getting out of the house for an appointment or an outing. Vicki remains committed to bettering outcomes for young people with disability. Most recently she contributed to submitting a personal submission to the recent Senate Inquiry into ‘Adequacy of existing residential care arrangements available for young people with severe physical, mental or intellectual disabilities in Australia. Vicki makes a significant and valuable contribution to the Summer Foundation’s Ambassador Program, and it is both a pleasure and an honor to work alongside her.

Di Winkler is an Occupational Therapist who has worked with people with severe disabilities for more than twenty years. Di was the Chief Occupational Therapist at Ivanhoe Manor Private Rehabilitation Hospital prior to developing a private practice working with people with acquired brain injury in the community. As a therapist, Di was often frustrated by the lack of appropriate housing and support and seeing young people admitted to aged care. In January 2006 Di founded a not for profit called the Summer Foundation which focuses on the issue of young people in nursing homes. The vision of the Summer Foundation is that young people with disabilities and complex care needs will have inherent value as members of our society, with access to services and housing that support their health and wellbeing. The Summer Foundation focuses on three areas of work: practical research to provide an evidence base for systemic change; supporting young people in nursing homes to tell their story and developing demonstration projects that provide alternative housing and support. Di completed a Masters by Research at La Trobe University entitled Factors that lead to successful community integration following severe traumatic brain injury. In 2011 Di completed her PhD at Monash University, which involved five published studies focusing on the social inclusion of young people in nursing homes. Di is currently an adjunct researcher in the occupational therapy department at Monash University. Di chairs the Victorian Coalition of Acquired Brain Injury Service Providers (VCASP). VCASP is the statewide peak-body representing the needs of Victorian service providers working in the area of acquired brain injury.

“When I went into the nursing home, I was there for nearly four years. My silent tears I’ve made a few notes, because for me its multi levelled. It is in reference to the nursing home, there are other things, clearly we all have lots of those. Mine are about invalid tears. There is this thing in aged care where young people don’t need to be touch, we don’t need to be kissed, we are not supposed to be hugged. They wouldn’t let my husband stay with me. There is lots of underhanded abuse that goes on in the nursing home. ‘Don’t be a cry baby, get on with it, suck it up and get over it’ “