Lady of the Woods 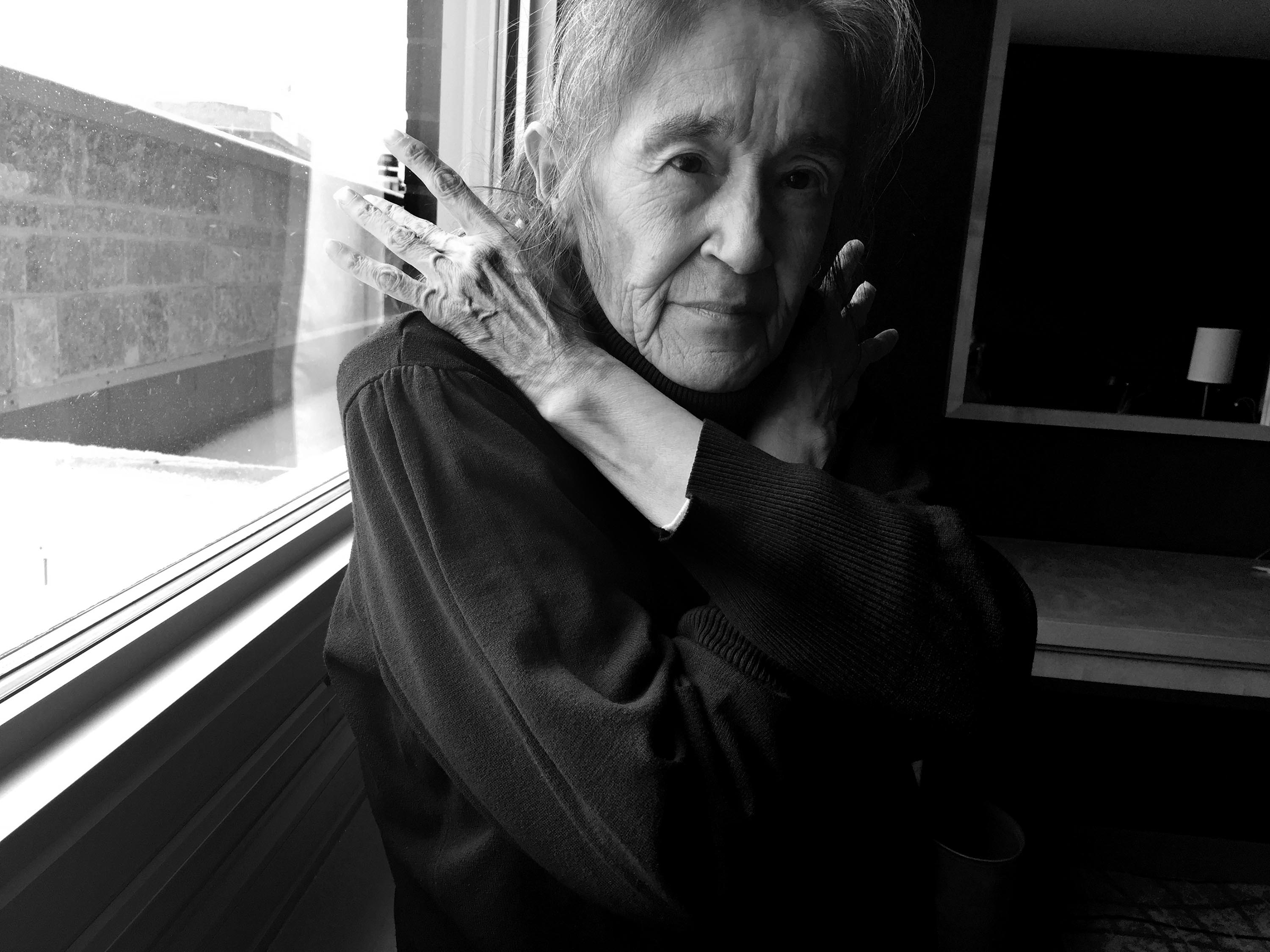 ‘My name is Sylvana it means Lady of the Woods. I was born to a family who lived in small towns and reservations in Manitoba Canada. I was born with Charcot Tooth Marie Syndrome, which is a muscular dystrophy. My mother was informed that I would never be able to walk.

When I recall my childhood I have many memories of hiding from my father who was a physically abusive alcoholic. My mother, family and I would hide underneath beds, in cupboards, closets and at times in the snake pit close to our house.

When I was three years old we moved to Long Plains Reserve in Manitoba as that is where my mother’s family resided. Even there my father would beat us and continue with his abusive ways. There were times when I was left behind as I could not walk and my father would take his anger and drunkenness out on me. One day my aunt Grace asked my mother if she could care for me for a while. My mother concede and I spent time with my aunt. It was there with my aunt that I learned to walk. I often got ignored and left alone due to my disability. Sure I could now walk but often got scolded for having a funny gait and stride. There were times my family would slap me and say walk properly, or they would make fun of me. I never cried or did I. I can’t recall right now.

We moved to Winnipeg when I was seven. We moved into the slums of Winnipeg on York Avenue and Fort Street. There were time I was allowed to go with my brothers and sister to the park near St. Mary’s church. But when I was there I was often bullied and for some reason I don’t recall anyone coming to my aid I often walked home by myself crying and felling shame. One time this big girl held my head under water and I thought I was going to die. To this day I will not go into large bodies of water or swim. We moved from York and Gary when the place got infested with bed bugs, every one left and I was left to cry and sleep on the stairway.

We moved to another slum at King Street and Dufferin Avenue. This time it was rats. Nonetheless we stayed a couple of years and as usual there continued my father’s drinking and beatings. However at this time it started to include my mother beating us to. At eight years old I was put in the hospital for a diagnosis. It was terribly embarrassing. The nurse would come and take me to a classroom full of doctor’s where I was made to stand on a table in my underwear while the teaching physician talked about me as if I did not exist or have feelings. I was made to walk to school on crutches unattended. While at school I was teased and called cripple. I only made one friend at that school. We then transferred to a parochial school where once again I was different because of my disability.

During the years eight to eleven my mother would make us do all the house work and was the floors on our hands and knees. If we did not of course another beating. One time I did something wrong and my mother hit me so hard with the broom stick it broke on my back. I didn’t cry as I was taught not to cry. If I did I would get hit harder with the words” If you want to cry I’ll give you something to cry about” coming out of my mother’s mouth. One time when she was beating me she said “you won’t even make a good two bit whore who would want to pay a quarter for a girl with legs like yours’

I never had the privilege of attending a school for disabled children like the Shriner’s as my parents would have nothing to do with that. I continued my education in mainstream school. Now when I consider this it turned out to be a benefit to me as the schools for disabled children were modified curriculum and did not provide a real education. Often I see my peers who attended and they have a poor grammar and little mathematics. It was a secondary education.

When I was eleven we moved into the Province’s first housing development for poor people. We were proud. All the same it was still a home of drunkenness and beatings and getting worse as I was disabled and not allowed freedom due to my disability. Even though I was to have been in a wheelchair at five I was eleven and still walking. My family were told I would be by eighteen or twenty. I was not allowed to visit friends unless one of my brothers came, not allowed on the phone and my mother decided who were and were not my friends. Again it was suggested I attend a class for disabled again my mother said no.

My high school years were a little lonely as I had few friends and was expected to stay home and care for my younger brothers and sisters. I would often get spoken to as if I was not a person. My parents would say “Oh this one is going to better than you because they are normal’. It didn’t matter I was a straight A student. I was disabled so therefore a second class person. I learned to sew which I’m not sure was good as it resulted in me having to make all the clothes for my sister’s, mother, and myself. If I balked I would get beaten or told what a useless person was. Further I once told my mother I wanted to be a nurse. She explained to me” Your brother’s will decide what you do when you grow up your disabled and don’t know what your good at” It was during my teen years where it became alright for my brothers to slap and beat me. When I was nineteen my friend and I decided we would share an apartment. I was working as a waitress at that time. I started to buy things for our apartment. When I moved one of my four brothers showed up and beat me severely and told me I had to move home. So he gathered all my belongings and moved me back to my parent’s and there I got another beating.

When I was twenty one I met my husband. I got a beating by my brother for being a whore. However Bob (my husband) was the only man I dated that was not afraid of my brothers or father and would stand up to them and fight if need be. I moved out with him and got married three months later. I then got pregnant. When I was s pregnant I applied for a social work program. I was accepted they phoned my parents and was told that it was unsuitable for me as I was disabled and pregnant so I wouldn’t be interested. So my mother gave them my Brother Patrick’s name and he took the space allocated for me.

Now my marriage was not entirely what I expected my husband would constantly criticize me and belittle me in front of company and strangers. I was no longer facing physical abuse. I was now being subjected to psychologic and emotional abuse. Nonetheless I had grown used to abuse and decided &*#! them’

Sylvana  has a Bachelor of Social Work from the University of Manitoba Canada and is an Employment Councillor for Aboriginal People with disability at the Centre for Aboriginal Resource Development Inc. Winnipeg Manitoba.

Sylvana also has volunteered with the following organisations:

‘One time I did something wrong and my mother hit me so hard with the broom stick it broke on my back. I didn’t cry as I was taught not to cry. If I did I would get hit harder with the words” If you want to cry I’ll give you something to cry about” coming out of my mother’s mouth. One time when she was beating me she said “you won’t even make a good two bit whore who would want to pay a quarter for a girl with legs like yours’