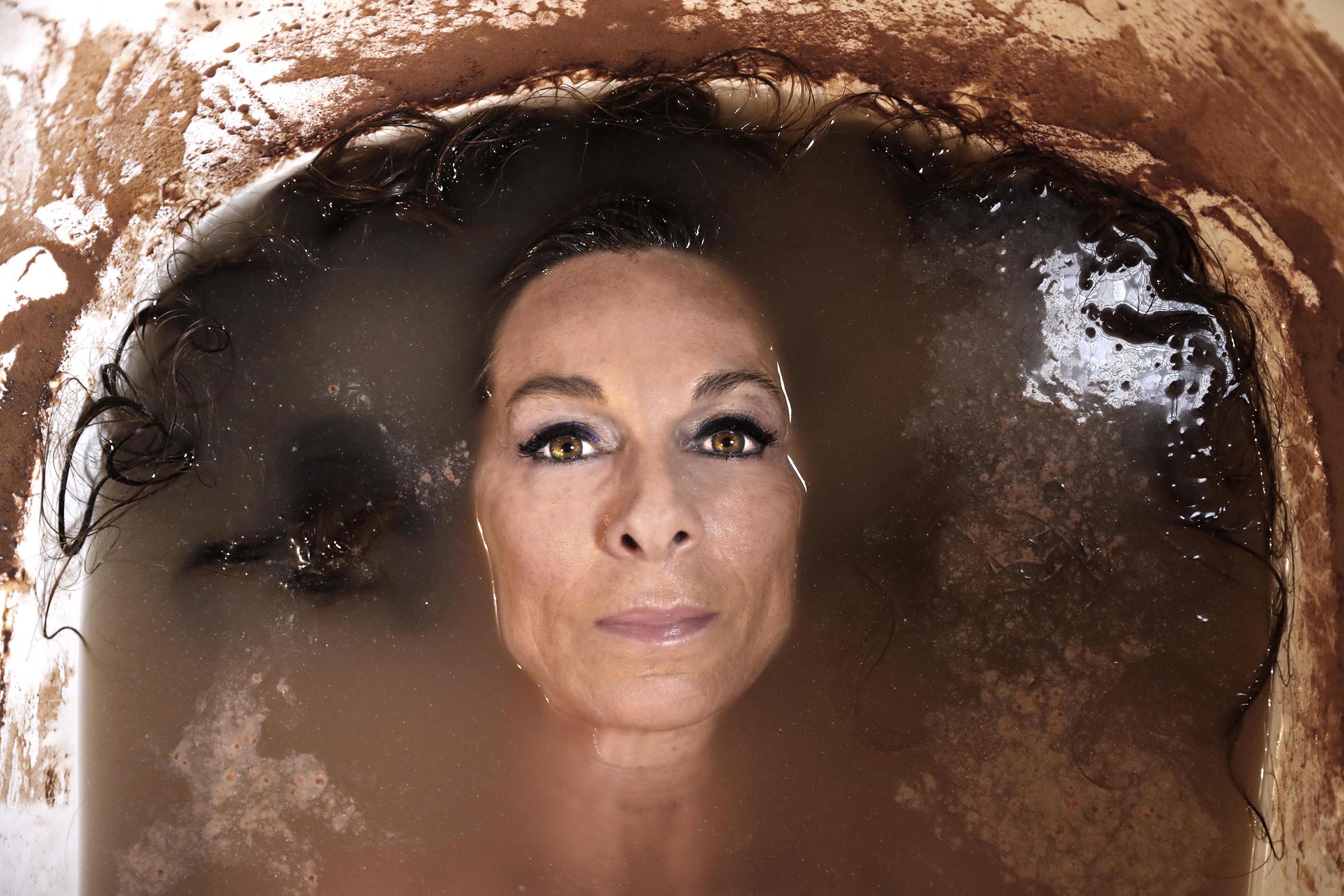 ‘My whole life was submerged in thoughts that directed my actions.

‘You don’t matter. They don’t listen to you. In fact, you are not allowed to speak.’ I mustn’t be a good enough daughter. I have to try harder so that they love me. Housework. Do the housework for them so then I will be ‘good enough. Harder, try harder.

My body started to develop, but I was still not allowed to grow up. Keep trying harder. I tried harder on my body. I ran more, ate less. I was worth it if I tried harder. I was worth it if the number on the scale decreased. You are only good enough if you perform. You are only worthwhile if they notice you performing. Please them so they love you. I thought I found someone who loved me. We split up for a while.

I got married. The perfect wife, the perfect mother, the perfect daughter, the perfect teacher. The women’s role was to please her husband. He is the head of the household. Do the washing, the ironing, the cleaning, the cooking and your body is his. But I couldn’t speak up. I couldn’t have my opinion. I couldn’t do the things that I loved doing that made me feel like me. Maybe he doesn’t love who I am. There was yelling at who I was. Crush …crush… crush..

I tried harder and harder. On the outside I appeared that I had it together. On the inside, the already fragile me started crumbling. I dressed up. I had to impress because the real me is not liked. I closed the bathroom door. I can’t let him see me naked. If I am not loved for who I am, then he can’t see my body. I let him have it though, in the dark, because that’s what a good wife does. There were tears every time afterwards. Silent tears. I can’t let him hear me cry because I am too scared to say how I feel. He will yell. I am not allowed to say how I feel. I feel dirty. I feel shame and guilt because I am crying and that is not a ‘good wife’.

Like crushed dirt falling through a broken vessel, I lost who I was. I was understood for what I did around the house and what he missed about me was seeing me naked. A failed marriage, a failed mother, a used rag. I felt more dirt, more guilt, more shame. I was rock bottom. I needed to feel loved because I certainly didn’t like me. I fell. I hid my fall. No one can see it or know it. I am meant to be the perfect child, daughter, mother and teacher. No one can see my dirt. Hide it. I fell in a crushed heap. I felt disgusting. I felt dirtier. I hated myself. I hid that person but I had to live with her. Surrounded in her filth.

My introduction to prison was the first of many strip searches. My body was on display. That first night in the cell, I couldn’t hide in the dark. The grey walls were lit 24/7. The three cameras were pointed to the mattress on the floor, the toilet and the shower. The shower. Were they really watching me shower? Again, its my body that they are looking at. Well here! Look at it!

The Women in Prison Advocacy Network (WIPAN) is a NSW-based grassroots organisation committed to advancing the wellbeing and prospects of women affected by the criminal justice system. Essentially we support and empower women who have become criminalised as a result of various vulnerabilities, disadvantages and victimisation. The primary way in which we support such women on an individual level is via one-on-one mentoring; a model that offers social, emotional and practical support all in an attempt to improve overall quality of life and to reduce rates of reoffending and returning to custody.

Nikki became a ‘Mentee’ on the WIPAN Mentoring Program in mid 2015. Nikki was special for a few reasons. Most women who commence our program are still in prison when we meet them. The post-release journey is normally embarked on together. Nikki however had been out of prison for over a year. She had already proved to herself and everyone one else that was a strong, resilient and determined woman. Although deep inside, Nikki confided that was in fact still fractured, disheartened and struggling to come to terms with the multifaceted person she was. She was extremely concerned about how others would perceive her once they found out she was once a ‘criminal’. Would they still like her? Would they still hire her? Would they still respect her?

Nikki concerns are exactly what every woman asks herself upon release from prison. They have served their time and paid their dues. But they don’t see it that way. We believe that is a flaw in society, not them. Nikki was matched to her Mentor immediately; a relationship that still exists and benefits both women today. As Nikki got to know both WIPAN and her appointed Mentor, she trusted us all enough and gained the confidence in herself to share her story with us. It was significantly different to the story considered in the court rooms. It was significantly different to the story noted in the dusty filing cabinets of Corrective Services. It was her real story. The tale of a woman, who was once disabled, tortured and eventually criminalised. WIPAN cried with her, laughed with her, and continued to walk beside her until she felt included, validated and empowered.

Nikki was not dealt the best hand in life. She did with it what any human would do. She paid the consequences for this and holds herself completely accountable for her actions. That’s what we most respect about Nikki. She has dedicated her life to writing her wrongs and assisting others in doing the same. Nikki is living proof that strength, satisfaction and success come in all forms and can be achieved by anyone.

Nikki is now a member of WIPAN’s Executive Board. WIPAN consider her years of victimisation, disability and imprisonment as lived experience; which we know is a powerful attribute in this sector. She is compassionate, skilled and intelligent.

No labels attached. Just a woman.

“No one will want you anymore, you are like a used rag”, were the words spoken over me. Dirty. I felt dirty. Again, my body was where I thought my value was. My body is not WHO I am. I worked hard with a forensic psychologist to find the real me, in amongst all the dirt. I did this intensely for a year before I found myself behind bars. I owned my mistakes. I am strong, inside and out. I am no longer weak and vulnerable. I am strong and vulnerable. My silent tears are now, because I love who I am.’