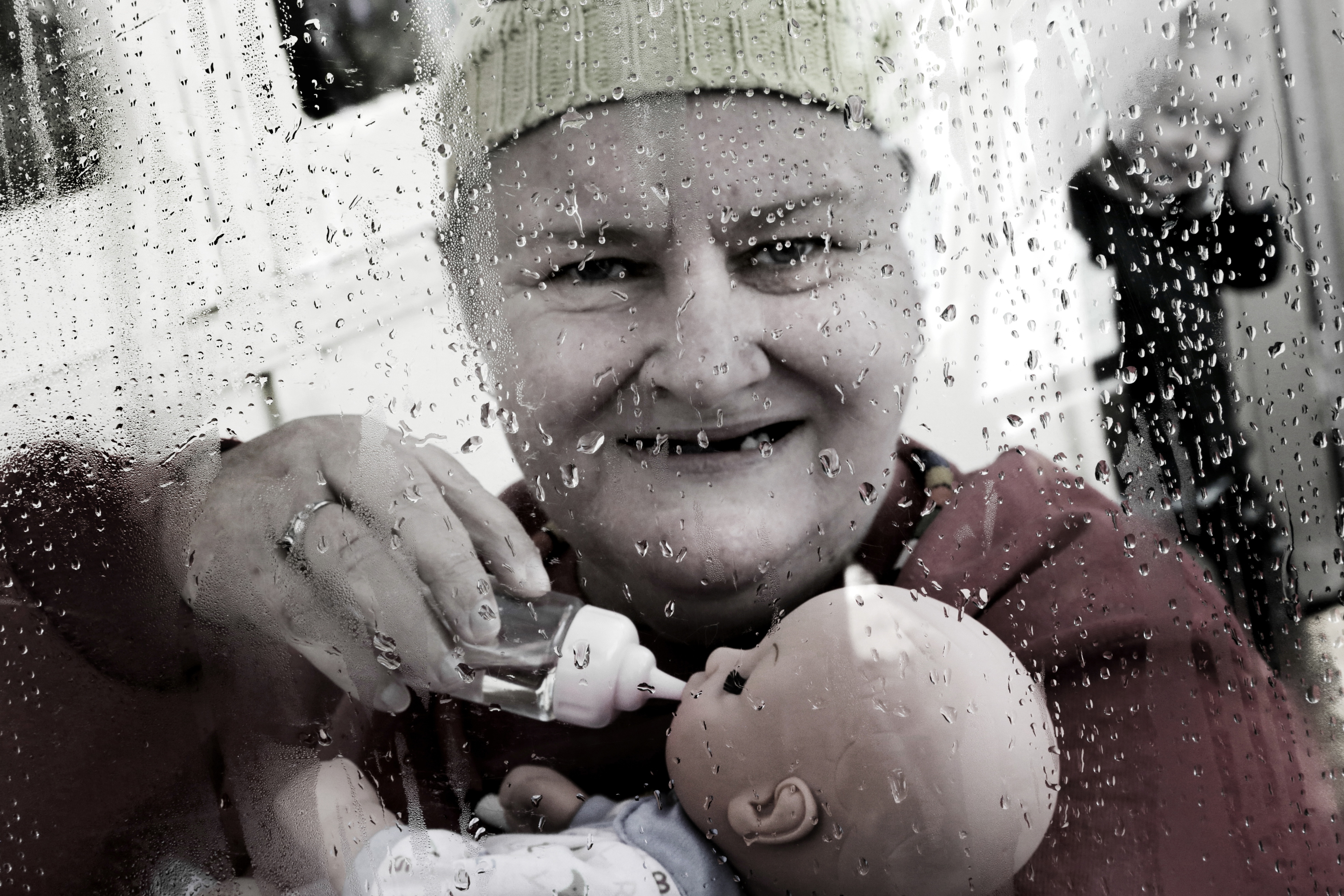 Matthew: “So Lesley had a newer guy who you were in a relationship with weren’t you to begin with? Were you sort of boyfriend and girlfriend, is that how you’d describe it? And what did he used to do to you Les?”
Lesley: “Hug me, kiss me, push and sex.”

Matthew: “He used to force you to have sex, is that right? What other things?”
Lesley:“Hit me”

Matthew: “He used to hit you. What else did he used to do?”
Lesley:“Bash me up.” “Tell lies”“An operation.”

Matthew:“An operation. What was the operation you had?”
Lesley: “Tubes tied and everything removed.”

Matthew: “Everything was removed and what was that operation about? Why?”
Lesley: “My parents stop me having kids”

Matthew: “How did it make you feel not being able to have children” “What do you think about that?”
Lesley:“No good”  “That I wouldn’t be able to look after them properly”

Matthew:“Do you think you could be able to look after children?”
Lesley: “As long as someone is with me I can.”

Matthew: “I’ve seen you looking after children I think you do a brilliant job. A wonderful aunty. You help me lots don’t you.”
Lesley: “Yep. If there’s problems.” “Sometimes I have nightmares”

Matthew: “What do you have nightmares about Les?”
Lesley: “My parents”

Matthew: “The operation that you had, how did you feel about your mum and dad when you realised what the operation was?”
Lesley: “Pain”

Matthew: “You had pain afterwards? Was that when you were recovering from the operation”
Lesley: “Yep. The stitches.”

Matthew: “Were you happy that you’d had the operation?”
Lesley: “No”

Matthew: “No? How did it make you feel?”
Lesley: “I didn’t want it to happen”

Matthew: “You didn’t want it to happen.”
Lesley: “No, but they forced me”

Matthew: “They forced you?”
Lesley: “Yep”

Matthew: “So they told you what you were going to happen? What was going to be happening?”
Lesley: “Yes”

Matthew: “They did, okay. But you felt that they forced you, they didn’t give you a choice. They just said that it’s happening and that was it.”
Lesley: “No… They didn’t swear at me.” “My sister had a baby to young”

Matthew: “How old was she when she had her baby?”
Lesley: “Fifteen”

Matthew: ‘Right. So did in happen in hospital?”
Lesley: “Yes. Paddington. I want a baby. Oh yeah, I remember one thing. I got abused. But I didn’t got abused, my sister told me.”

Matthew: “So you said you got abused, but your sister said you didn’t get abused.”
Lesley: “Yep. by my parents. Before I had the operation I had pills. I wanted to get pregnant but they wouldn’t let me. Stay on the pill. So I have my tubes ties and cut in a big operation.  So that’s what happened. Upset and worry. I don’t talk about it much.”

Matthew: “Do you want to talk about the things that you collect?”
Lesley: “Yes. Prams. Dolls. Nappies. Teddy bears. One hundred.”

Matthew: “One hundred. About a hundred prams?
Lesley: “Yep. Nearly got killed”

Matthew: “You nearly got killed? By what?”
Lesley: “Yep. Kevin.”

Matthew: “Did he? What did he do?”
Lesley: “Its because I didn’t want to have sex with him, but he met my parents. Nice and kind to them. My parents very kind to him. The police wouldn’t have believed me.”

Matthew: “The police wouldn’t believe you? And did he try to suffocate you, what did he use“
Lesley: “Pillows. Two. I escaped. Don’t know how I did it but I did.”

Lesley is a woman who at 5 years old acquired a brain injury when she was hit by a car while playing with a friend and her older sister. She lives with an intellectual and psychosocial impairment. While growing up she experienced physical and emotional abuse from her family. At 15 years old she was forcibly sterilised. As an adult she has survived several physically, psychologically and sexually violent relationships. This violence has been perpetrated by boyfriends and men she was forced to live with in a boarding house for people with disability. Lesley was made to work in a sheltered workshop for people with disability for 21 years. Lesley is a happy woman. She lives by herself and is a proud aunty to her nieces and nephews. Lesley has been friends with Matthew Bowden Co-Chief Executive Officer of People with Disability Australia (PWDA) for 15 years. They were introduced to each other through a Citizen Advocacy organisation. Lesley enjoys helping Matthew to look after his daughter and is very generous in buying her lots of toys. Lesley is an active member of PWDA. In 2011 she was a self-funded representative on the Australian delegation to the Disabled Peoples’ International (DPI) 8th World Assembly in Durban, South Africa. Lesley spoke about her life experiences in the DPI World Assembly Women’s Forum.

– with permission from Lesley and Matthew Bowden, Australia 2015

Human rights organisations including Women With Disabilities Australia and People with Disability Australia are advocating that Australia should develop and enact national uniform legislation prohibiting, except where there is a serious threat to life or health, the use of sterilisation of children, regardless of whether they have a disability, and of adults with disability in the absence of their prior, fully informed and free consent.’

“Before the IUD, I had pills, to stop me  from getting pregnant, I wanted to get pregnant. They wouldn’t let me. ‘stay on the pill, get your tubes tied and cut’. I had a big operation, and thats what happened.  I was upset and worried. They told me I wouldn’t be able to look after them properly, no good, as long as there’s someone  with me I can. Sometimes I have nightmares about my parents. I collect prams, dolls, nappies teddy bears. I had 100 prams.”